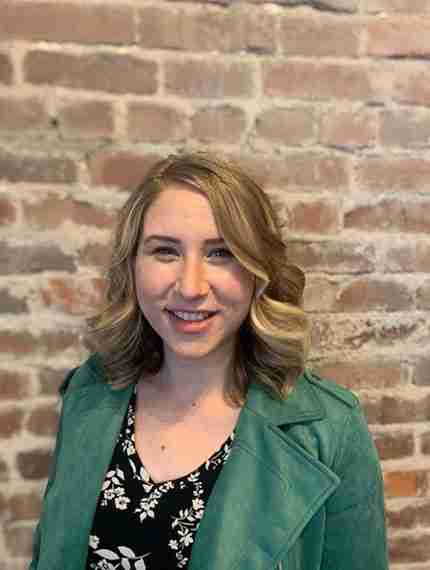 Kellie is a Licensed Professional Clinical Counselor (LPCC) who earned both her bachelor’s degree in Psychology and master’s degree in Clinical Mental Health Counseling from The Ohio State University. Kellie has worked in crisis counseling with children, adolescents, and their families. She has also counseled students exploring majors and career opportunities at the undergraduate, graduate, and doctoral levels. She has worked in a variety of settings including hospitals, public schools, and universities. She is trained in Cognitive Behavioral Therapy (CBT), Motivational Interviewing, and Dialectical Behavioral Therapy (DBT), and incorporates Narrative Therapy and trauma-informed practices into her therapeutic style. Kellie specializes in depression, anxiety, life stressors, career indecision, and crisis intervention (suicidal thoughts and self-harm).

Hope is an essential building block in overcoming the challenges and stressors life presents. Kellie believes in walking alongside you in your struggle and empowering you to reach your goals using a collaborative, strength-based approach. Together, let’s instill hope and find purpose.

Kellie lives in the Columbus area with her husband, son, two dogs, and cat. In her free time, she enjoys reading, traveling, spending time outdoors, and cheering on the Buckeyes.

Holly is a Licensed Independent Social Worker, LISW-S, who earned her Bachelor’s Degree in Psychology from Miami University and her Master’s Degree in Social Work from The Ohio State University. Holly has extensive experience working with children, adolescents, young adults and families. Holly has worked in both intensive home-based and outpatient therapy settings. These helped her gain knowledge in crisis intervention and systems collaboration. She has spent the majority of her professional career in the outpatient setting, utilizing many evidence-based practices. She has trained in cognitive behavioral therapy, solution-focused therapy, behavior activation and systems theory. Individualizing care and utilizing a strengths-based approach is of utmost importance to her. She specializes in the areas of anxiety, depression, ADHD, behavior management, adjustment difficulties and parent management.

Holly believes that building rapport and trust with the client is one of the most important parts of therapy. She knows that therapy can be difficult, but will make it her number one priority to make each client feel comfortable and meet them where they are. Empowering others to find their strengths and solutions, while providing support on their individual journey, is truly what she is here for. This field provides an accepting space for healing and she feels very blessed to be able to be a part of it.

Holly loves spending time with her two boys, husband and dog. She also enjoys trying new restaurants with friends, traveling, having big family gatherings and gardening/planting. Being born and raised in Columbus, season changes in Ohio are her favorite and each one brings exciting activities (OSU Football, the holidays, festivals, pool days)! 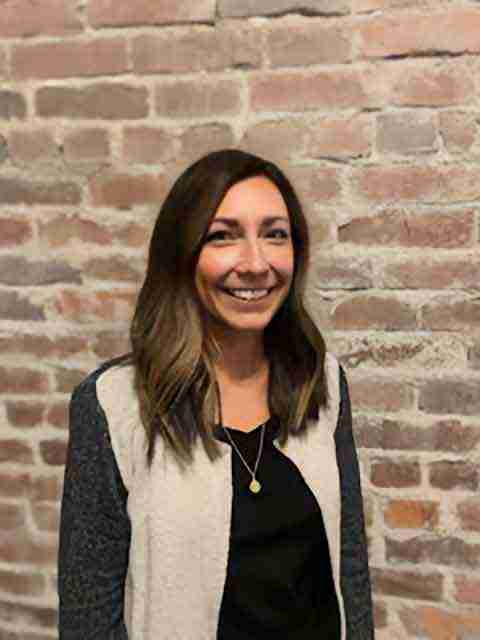 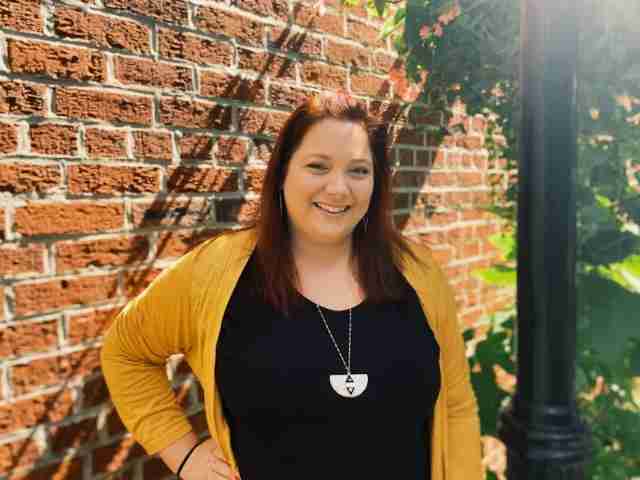 Ashlee earned her Bachelors in Psychology from the University of Akron and her Masters in Social Work from The Ohio State University. She is a Licensed Independent Social Worker (LISW-S). Ashlee has experience working with children, teens and adults in a multitude of settings including schools, home-based, clinical, medical and the court systems. Ashlee has worked intensively with families and “thoroughly enjoys the unique strengths our families can have.” She is specialized in the areas of ADHD, depression, anxiety, emotional distress and behavioral issues.

Ashlee has been living in the Columbus area for the past 6 years but is a Cleveland native so “Cleveland sports always. Thank you, LeBron for 2016.” Ashlee enjoys spending her free time with friends, family and her dog. She is a collector of vinyl records and loves live music.

Lisa is the founder of Milestone Counseling and believes that the challenges in her own life have formed the building blocks for many milestones that have marked the path of her life and the development of this practice.

She is a Licensed Independent Social Worker (LISW-S) and is also licensed as a School Social Worker (LSSW). She holds a Bachelor’s Degree in Political Science from Otterbein University and a Masters of Social Work (Clinical) from The Ohio State University.

Lisa believes that the therapeutic relationship forms the bedrock for growth in all counseling environments. That belief has guided every decision she has made in building Milestone Counseling. She utilizes a treatment approach guided by Cognitive Behavioral Therapy (CBT), Solution Focused Therapy, Motivational Interviewing and Systems Theory and has been trained in CBT by the Beck Institute of Philadelphia. Her treatment specialties include ADHD, Anxiety, Athletic/Sports Performance, Behavioral Issues, Crisis (suicidal thoughts and self-harm) Depression, Emotional Issues, Obsessive Compulsive Disorder, School Issues, and Trauma.

Her experience includes individual, group, and family therapy, as well crisis intervention. She has also provided consultation and trainings for other mental health professionals and school staff in the Columbus, Ohio area.

In her free time, Lisa enjoys running and has run 7 marathons including the Boston Marathon, the Chicago Marathon, the New York City Marathon, and of course, our own Nationwide Children’s Hospital Columbus Marathon. When she is not running or working, she enjoys spending time with her two kids, two dogs and two cats. 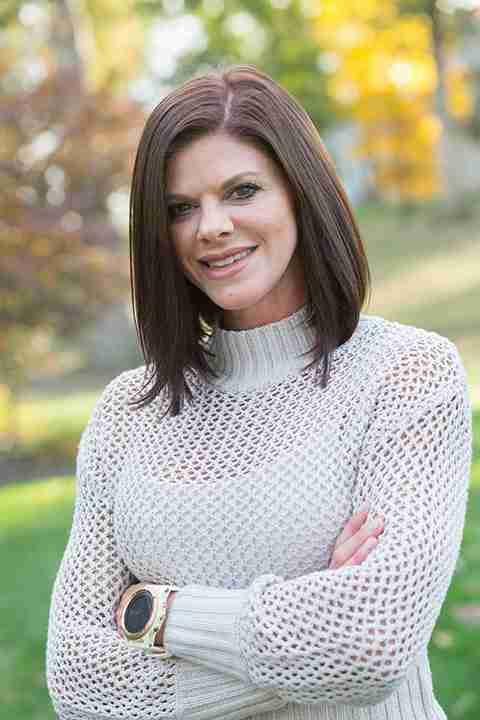 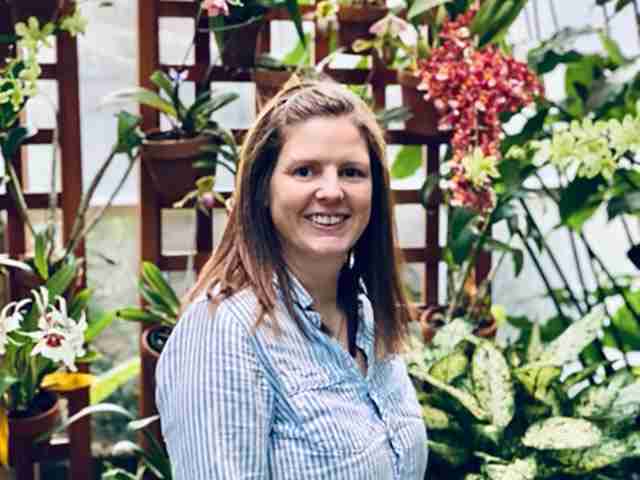 Stephanie Lancaster is a Licensed Independent Social Worker (LISW) who earned her Bachelors Degree in Sociology from Berea College in Berea KY and her Masters of Social Work Degree at The Ohio State University.

For many, coming to therapy is incredibly scary. Stephanie believes that finding the right fit is imperative; you choose who you work with and for what time period. Through mutual respect, trust and incorporating your strengths and interests she hopes to foster an environment where you feel safe to share your story and improve your wellbeing.

In her free time, Stephanie enjoys spending time with her family exploring parks, museums, festivals and all the other wonderful things Columbus has to offer.

Alex is a Licensed Professional Clinical Counselor (LPCC) who earned her Master’s degree in Clinical Mental Health Counseling from the University of Dayton and her bachelor’s degree in Psychology from Kent State University. As a crisis clinician at Nationwide Children’s Hospital, Alex provided intensive evidence-based treatments to children and adolescents experiencing psychiatric/behavioral health crises. Her professional experience also includes individual and family counseling for adults and children in a community mental health setting.

She has developed a direct and collaborative approach to supporting her clients in navigating conflict, life transitions, undesirable moods/behaviors and other areas of stress. She balances this approach with compassion and empathy and is inspired by the opportunity to give individuals and families the insights and techniques to manage their daily needs and deal with life’s chronic and acute stressors.

Alex enjoys the joy and spontaneity of her young twins, time with family and friends, and exploring the world, near and far.

Erica Schnitz is a Licensed Independent Social Worker (LISW-S), who earned her Master’s Degree and Bachelor’s degree in Social Work at The Ohio State University. She began her social career in 2012 working in community mental health providing services to children, adolescents, and their families.

Her experience includes working with individuals, groups, and families in a variety of settings, including schools, home based, office based, and medical. Erica’s treatment practices are guided by Cognitive Behavioral Therapy, Mindfulness, Strength Based Therapy, and Solution Focused Therapy. She is also trained in Eye Movement Desensitization and Reprocessing (EMDR) through the EMDR International Association. She is specialized in the areas of anxiety, depression, mood disorders, trauma, life stressors, behavioral issues and crisis intervention.

In her free time she enjoys playing sports, spending time with her family and dogs, and exploring the city.

Jesse Schroeder (LISW-S) is a Licensed Independent Social Worker who graduated from The Ohio State School of Social Work Master’s program in 2012. Since then he has worked with children, adolescents, adults and families in the Columbus area.

He has completed extensive training in Trauma-Informed Care practices, and is an expert in Developmental Trauma. Before attending Ohio State, he was a high school teacher and also worked with children on the autism spectrum. His therapeutic approach utilizes Solution-Focused Therapy, Family and Systems Therapy, Cognitive Behavior Therapy, and increasing Self-Regulation Strategies.

He lives in Grove City with his wife and two daughters. He enjoys traveling, listening to and playing music, reading books, board games and planting flowers. 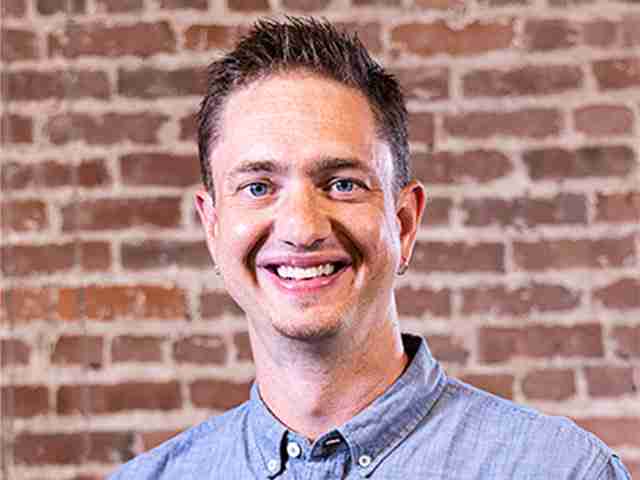 Ready to Schedule an Appointment?

New clients may schedule online. If there are no appointments available, we are currently on a wait for new clients. Please email lisa@milestonecounselinggroup.com to be placed on the wait list to schedule your first appointment.

Established clients, please use the Client Portal to schedule.